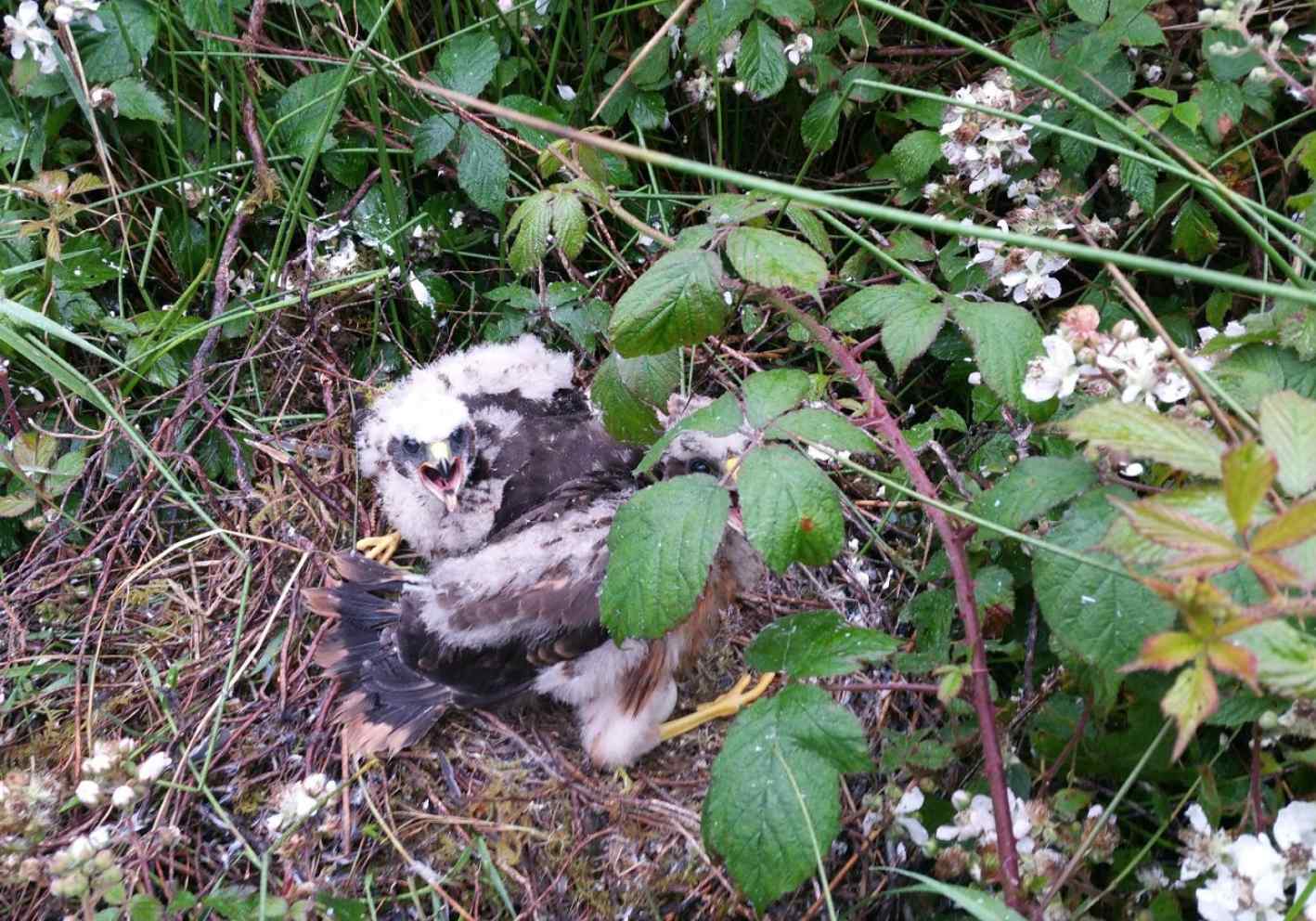 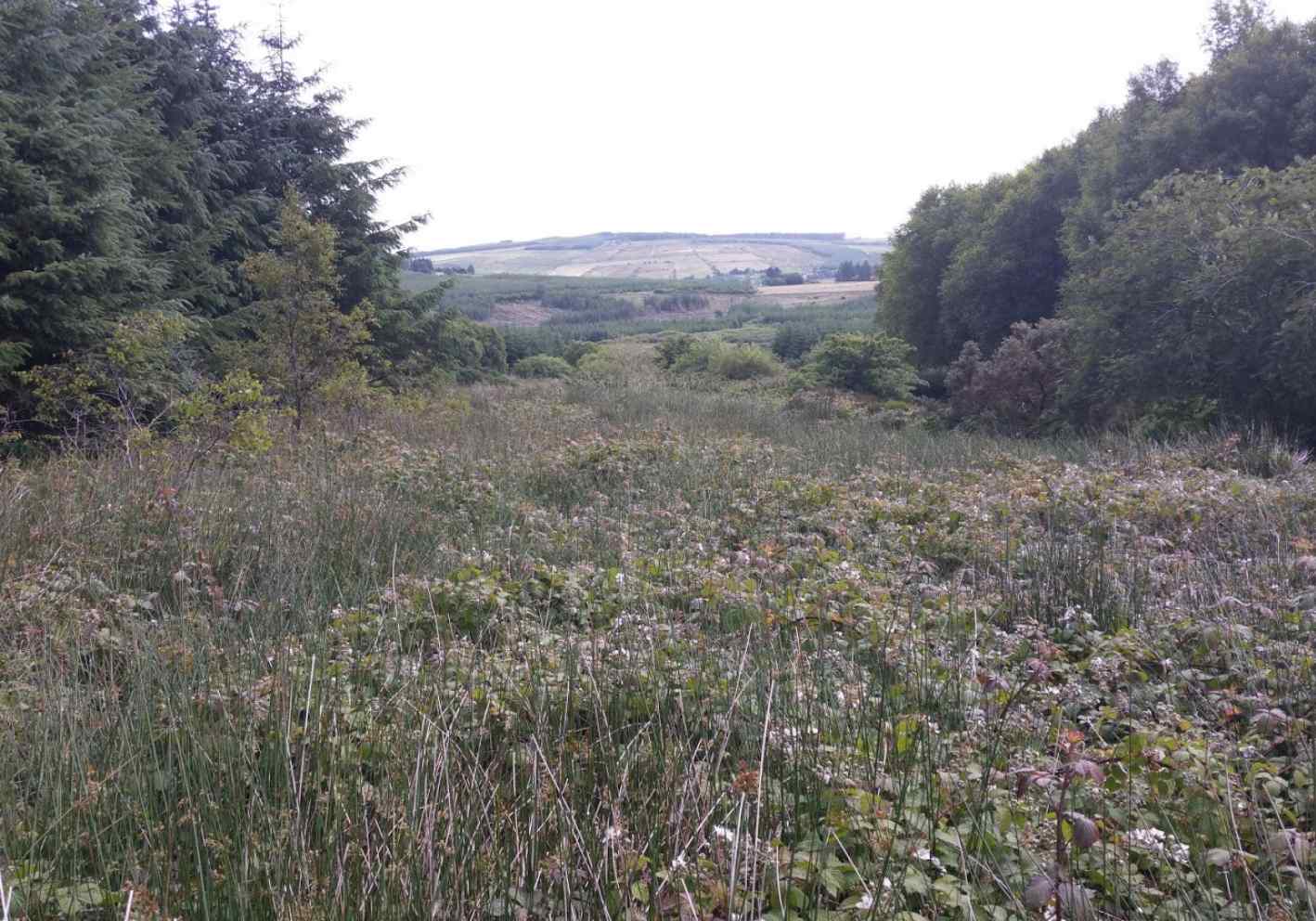 This female was tagged on the 15th of July at an approximate age of 24-26 days. The nest was located at a traditional bramble and rush site in the Mullaghareirk Mountains in Co. Cork. Monitored by both staff and volunteers as part of IRD Duhallow’s RaptorLIFE project, the chick was in a brood of 2 and was the heaviest of all the 10 chicks tagged this year.

The nest was located in a firebreak between two blocks of Sitka spruce forestry. While having forestry in close proximity to the nest raises the risk of predation from foxes and other mammalian predators, the nest was well protected by the dense rough grassland. Perhaps reiterating the risks faced by harrier chicks, the younger of the brood of two at this nest fledged successfully but was found dead a short distance away in early August. Nonetheless, that the pair managed to rear young this year was a good outcome as the nest failed in 2015.

This year’s monitoring of the nest began in April from a remote vantage point far enough away to avoid disturbance. After observing the legendary sky dancing for a few weeks, nesting was confirmed with multiple observations of food passes during the months of May and June.

The name Fraoch comes from the area near to where she was born, ‘Sliabh Fraoch’ or Heather Mountain, and denotes favourable hen harrier habitat. With luck, Sliabh Fraoch will continue to provide rich foraging and nesting habitat in order to support hen harriers and other upland species long into the future. Regular updates will follow Fraoch’s movements as she disperses away from her natal site in the Mullaghareirks.