Not every chick will make it…. 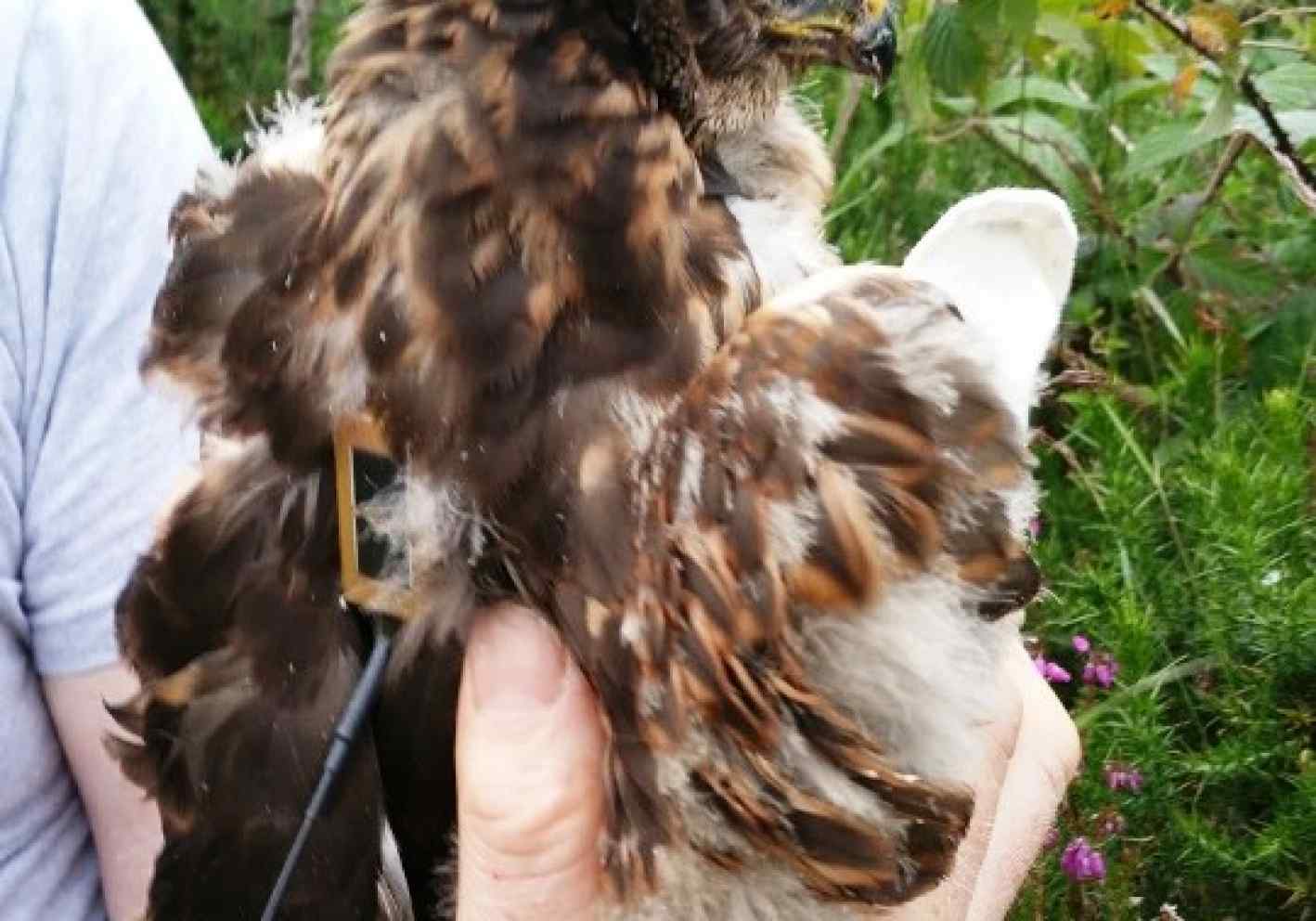 As part of this research 10 hen harrier chicks were tagged from ten different nests within the Slieve Blooms, Ballyhouras, Knockmealdown and Mullaghareirks mountains. Recent analysis of the incoming tracking data shows that that at least five of these birds are alive and well. Unfortunately, some of the tags are recording little to no activity (movement) indicating that these birds may have died. To date we have recovered one of the tagged chicks (a female from the Ballyhouras) but the precise cause of death was not conclusive. At this stage we cannot rule out the possibility of tag failure so any sightings/photos of birds in flight/perched showing a slim antenna protruding from its back, along with location details, would be invaluable. Please email us at henharriertracking@gmail.com

In general, the mortality rate of juvenile birds is very high, and raptors are no exception to this rule. A significant proportion of that mortality happens early, just after the fledglings have left the nest and also soon after they first disperse. When young birds leave the nest they are inexperienced and face a host of dangers.

New fledglings have to quickly master the skills of flying, feeding themselves, avoiding obstacles and escaping from predators. A hen harrier that can’t consistently find and catch prey won’t last long. However, a hen harrier that does survive its first year is much more likely to live a long life. In order to develop into a successful breeding adult, the young hen harrier has to learn to form social relationships with other hen harriers, learn what a good breeding territory looks like, and eventually catch enough food to feed not only themselves, but a nest full of chicks. Of course potential persecution cannot be fully ruled out so the challenges don’t stop after the first year!

We will be keeping a close eye on the remaining six birds. We are hoping they will all survive to breeding age, but are mindful that the life of a juvenile raptor is tough and only the strongest and luckiest will survive!