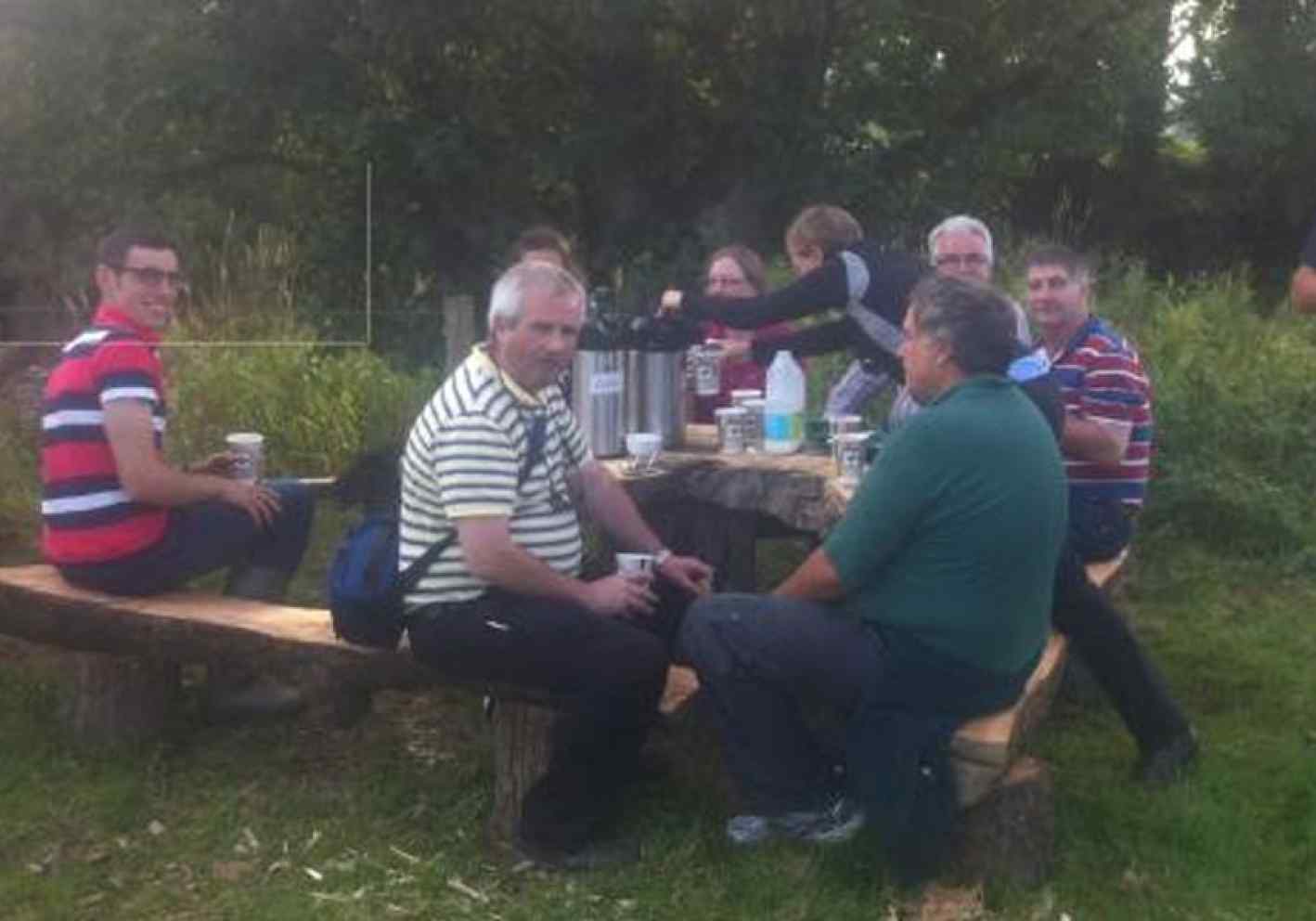 Last Tuesday we had the pleasure of hosting a visit by the UK Pearls in Peril LIFE+ project. The Pearls in Peril is a LIFE+ NATURE project co-funded by 14 organisations across Scotland, England and Wales. The aim of  the project is to safeguard important populations of freshwater pearl mussel (Margaritifera margaritifera) in the UK. A total of 21 rivers across Britain are involved, all of which are NATURA 2000 sites and are designated as Special Areas of Conservation (SAC).

It was interesting to hear about the efforts to improve the plight of the pearl mussel in the UK and a lively discussion followed which focussed particularly on the challenges facing pearl mussel in more intensive agricultural areas. Of interest also were efforts in Wales to tackle a combination of extraneous stressors including road runoff and forest drainage. A detailed discussion also followed on what techniques work for different circumstances and the role of the regulators in facilitating and supporting activities aimed at the conservation of pearl mussel.

After a bit of grub it was time for the field visit. A visit was undertaken to the metal bridge sites, where our visitors were shown first hand the silt trapping technique developed by the project. This was followed by a trip to the River Dalua to inspect the river bank revetment work, together with the water harvesting and solar pannel work. What a surprise when we were met with the landowner, farmer Tony Ahern, to be told that the "River Dalua Cafe" was open for business. Tony and Thomas had built a picnic table from an old walnut tree and put together benches from drift wood logs that regularly pass down the river onto his land. The result was a lovely picnic experience, on one of the most glorious sunny days this September. Then to top it off, a bit of brown trout fishing ably guided by Tom Ankettell and Dennis Cronin of the Duhallow Angling Centre of Excellence. Thanks lads for a great time.

And then it was all over too soon and time to get ready for the MulkearLIFE end of project conference the following day. But to our UK visitors, we'd like to say, it was great to meet you and we are looking forward to our return visit shortly.