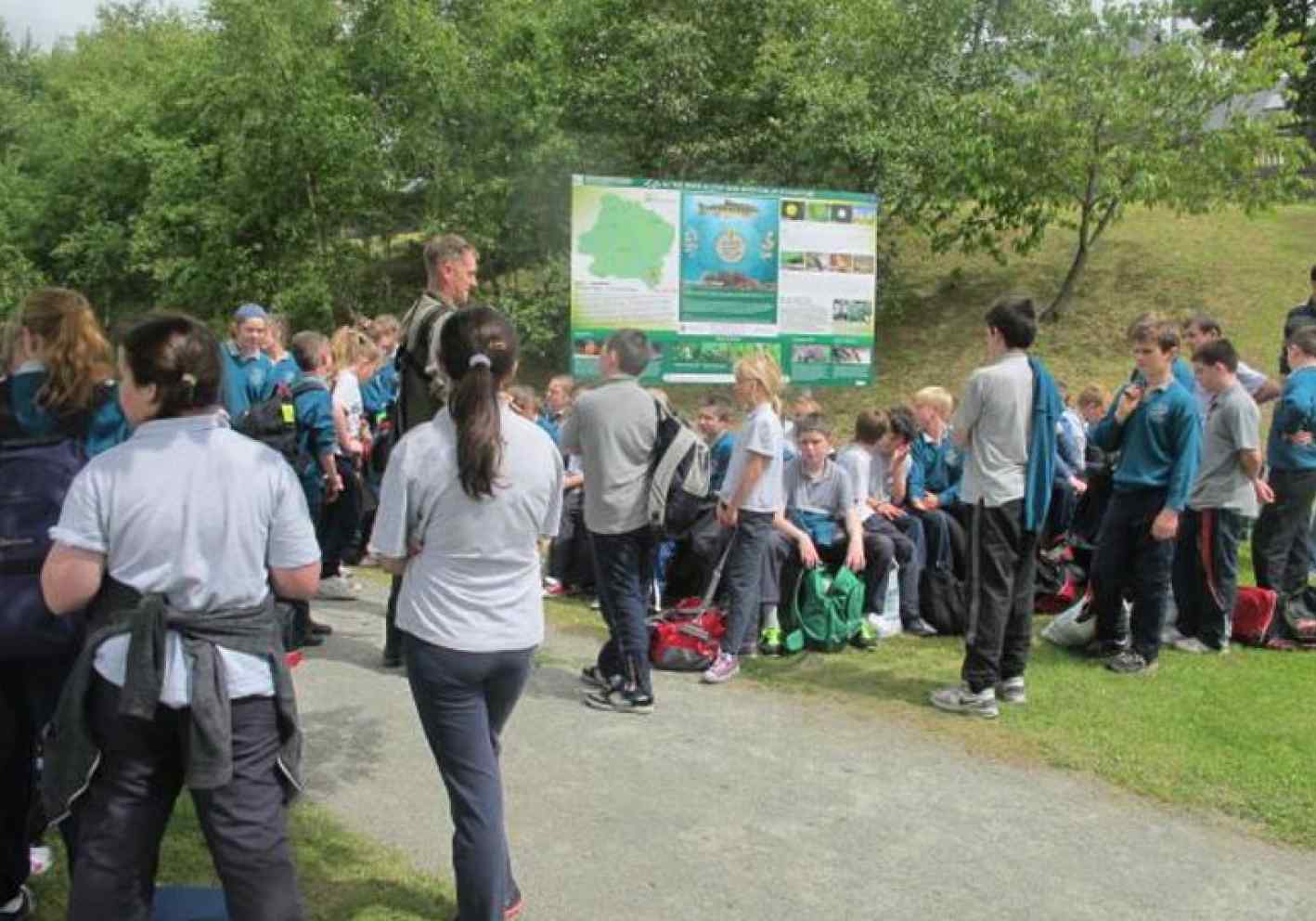 Glorious sunshine greeted the end of school term this year for the many students attending national schools in Duhallow. And how fitting the weather was for one of the more fun elements of the LIFE project. Each year during the months of May and June, field excursions are organised to bring the school children closer to nature. For the many students who took part in these field excursions it presents an opportunity to see firsthand, the diversity of aquatic life still present in our rivers. They also get a chance to learn about freshwater ecology, aquatic monitoring and conservation works being carried out, to protect the habitats and wildlife species in the Blackwater Special Area of Conservation.  Inland Fisheries Ireland were on hand with their expert staff to show the kids all the wonderful life found in our rivers. This year the study was in the River Allow in Greenane Park at Kanturk. The River Allow is one of a declining number of rivers in Ireland to still hold the threatened Freshwater Pearl Mussel. Although results from surveys by the LIFE team show that the population of Freshwater Pearl Mussel in the River Allow is now at a critical level and seriously in danger of disappearing altogether.

Inland Fisheries Ireland Environmental Fisheries Officer,  Andrew Gillespie co-ordinated the field excursions after giving the classroom lectures on the project and river ecology prior to the departure to the river site. The children were then brought down by bus to the River Allow at Greenane Park to be given a demonstration of fish capture by electrofishing by Andrew and his colleagues from the Fermoy unit of IFI. A demonstration was also given on the kick sampling technique to survey aquatic invertebrates, together with some macroinvertebrate identification for the braver students and a demonstration on the wider ecological importance of the area. Needless to say some socks got wet!

A wonderful time was had as the children got a chance to get up close to brown trout, young salmon and the range of creepy crawlies normally found in Irish Rivers. IRD Duhallow organised the busses to get the kids back and forth to the river and would like to thank the teachers and school for working closely with the project.