Article in the Evening Echo 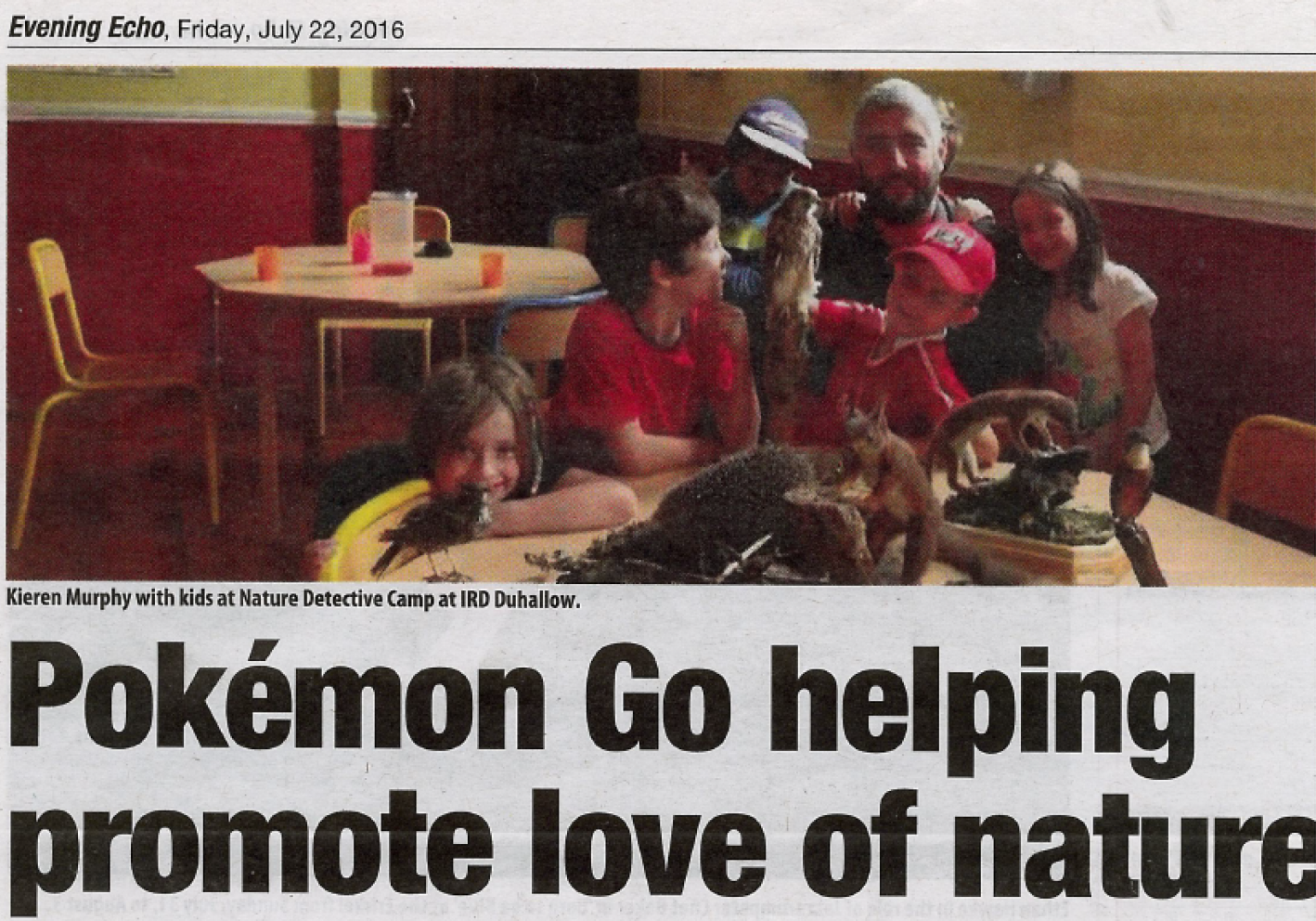 Computer games are often blamed for children spending less time outside. However, the new app Pokémon Go, is taking the world by storm and may in fact be good for promoting nature. It has already contributed in a small way to public engagement with nature. While searching outside for computer generated Pokémon, many gamers have also encountered real-life animals along the way. The hashtag #pokeblitz recently emerged on Twitter as a way for biologists to connect with Pokémon Go players who wanted help in identifying the animals they came in contact with.

In keeping with this trend, IRD Duhallow’s RaptorLIFE project in Newmarket are helping to create a new generation of citizen scientists and nature lovers. A major school awareness campaign aimed at 36 national and 5 post primary schools commenced in 2012, and was later increased to 43 national schools in 2016. As part of the campaign, students or “Wildlife Detectives” busily record and map the wildlife they find in their locality. The purpose of the initiative is to educate students on the native wildlife in their backyard, and to highlight the presence of endangered species. In addition, the students are also taught to recognise the presence of invasive species which are introduced organisms that can damage the local environment, economy, or human health. The Wildlife Detectives initiative is working in partnership with the National Biodiversity Data Centre to store and display this information on the internet for the public to appreciate. Allowing the public to view the spatial database created by the students is a novel aspect of the project. This database can be accessed from the RaptorLIFE website, http://duhallowlife.com/raptor-life/.

The IRD Duhallow RaptorLIFE project has already had notable success in promoting science with young people. Transition year students Riona Sheahan and Darragh O’Keeffe from Colaiste Treasa School in Kanturk, chose to do their science project on the freshwater pearl mussel. Assisting them was their science teacher Derry O’Donovan, and freshwater scientists from IRD Duhallow. Riona and Darragh entered this years BT Young Scientist and Technology Exhibition, held in the RDS in Dublin, and won 3rd prize in their category.