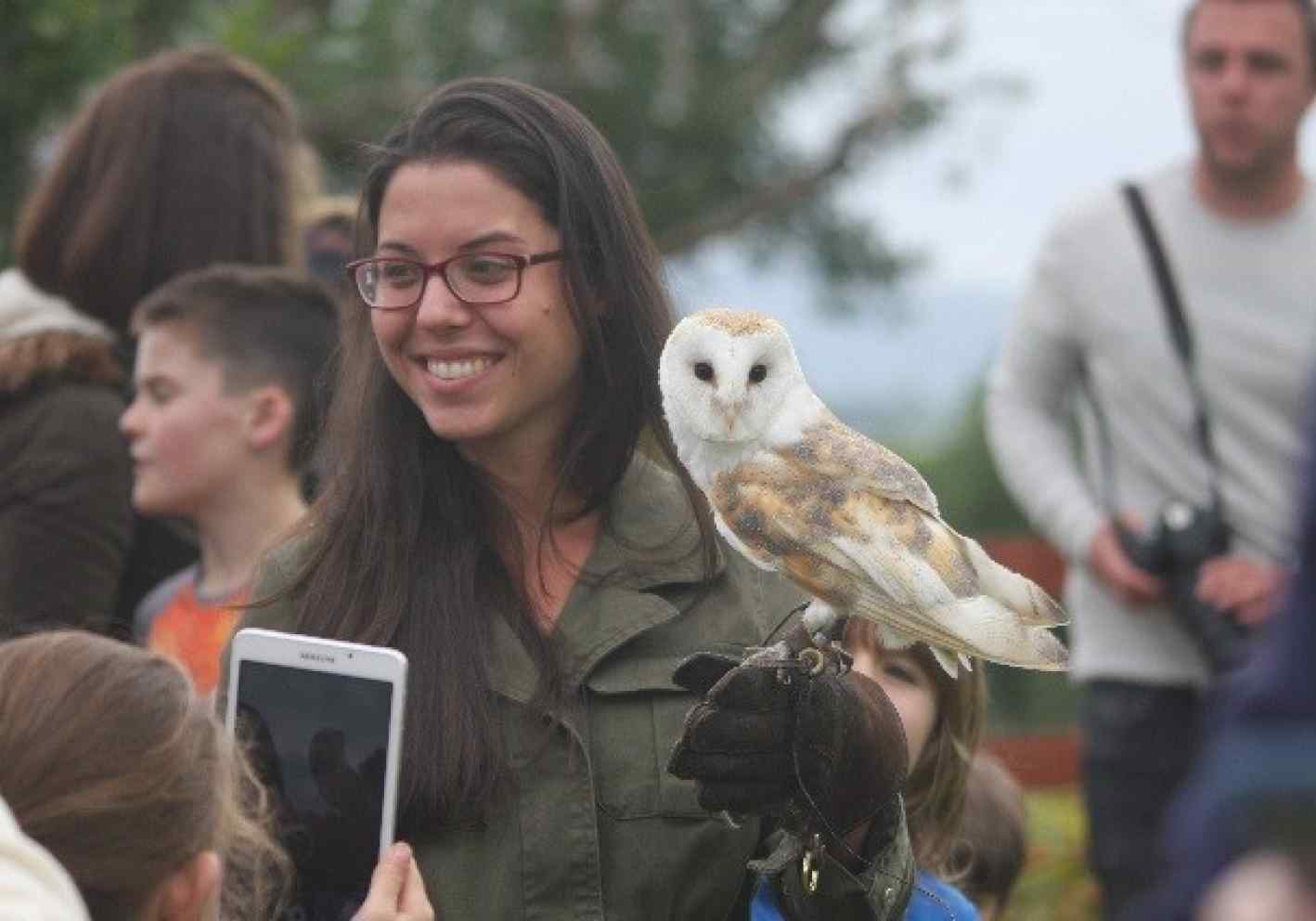 Autumn has definitely arrived with swallows and martins preparing to leave and rowan trees and hawthorn laden with fruit.

It’s a busy time of year for the RaptorLIFE team. The following provides a short update on what we have been up to.

A big thank you to all the volunteers who gave up many hours of their time to help out with hen harrier monitoring over the last few months! The season culminated with a total of ten chicks satellite tagged, with four of those from the Duhallow region. This is a joint project between RaptorLIFE, National Parks & Wildlife Service, and the Irish Raptor Study Group. The progress of these tagged hen harriers can be followed on our new blog; http://henharriertracker.blogspot.ie/ Why not show your support and follow the blog! There will be weekly updates. This is not just an insight into the fate of hen harriers but is also an indication of the health of our uplands in general. Invasive species control

Treatment of the invasive plant species,

Japanese Knotweed is now complete. Roads within the Duhallow region as well sections of both the Owentaraglin and Blackwater Rivers have been tackled first. The plant can be treated with herbicides like glyphosate (Roundup), but it will take up to 3-5 years of repeated treatments to eradicate. RaptorLIFE have sprayed along >100km of roads, but have used injector guns to directly inject knotweed along 25km of riverbank. Direct injection is considered best practice along rivers in order to protect vulnerable freshwater ecosystems.

A large part of the project is the implementation of actions to protect our rivers. These include riverside fencing to keep livestock out of water, the removal of invasive species, and planting of native trees along eroding riverbanks. We have conducted surveys of macroinvertebrates as well as some basic sediment monitoring to help us assess how successful our river bank rehabilitation works have been. The macroinvertebrates (insect larvae) that live in our rivers are great indicators of river health. As some insects are more tolerant of pollution than others, the composition and abundance of certain species can tell us what the water quality is like.

Big thanks to Dr David McCormick of Tralee Bay Wetlands, and Andrew Gillespie of Inland Fisheries Ireland for a super day at the freshwater workshop. After an informative talk introducing the concepts of freshwater ecology, it was down to the local stream to collect fish and macroinvertebrates.

Big congratulations to our winners Alannah and Isla Brennan, and Chloe Dowling in IRD Duhallow’s RaptorLIFE “Name the Raptor” competition held at the ploughing championships this year.

The event, Revealing our Raptors had a justifiably great turn out, with Rosie and Denis of Ballyhoura Falconry, showing us what fantastic birds of prey we have in Ireland.

Make sure to keep an eye out for future events hosted at IRD Duhallow in Newmarket.