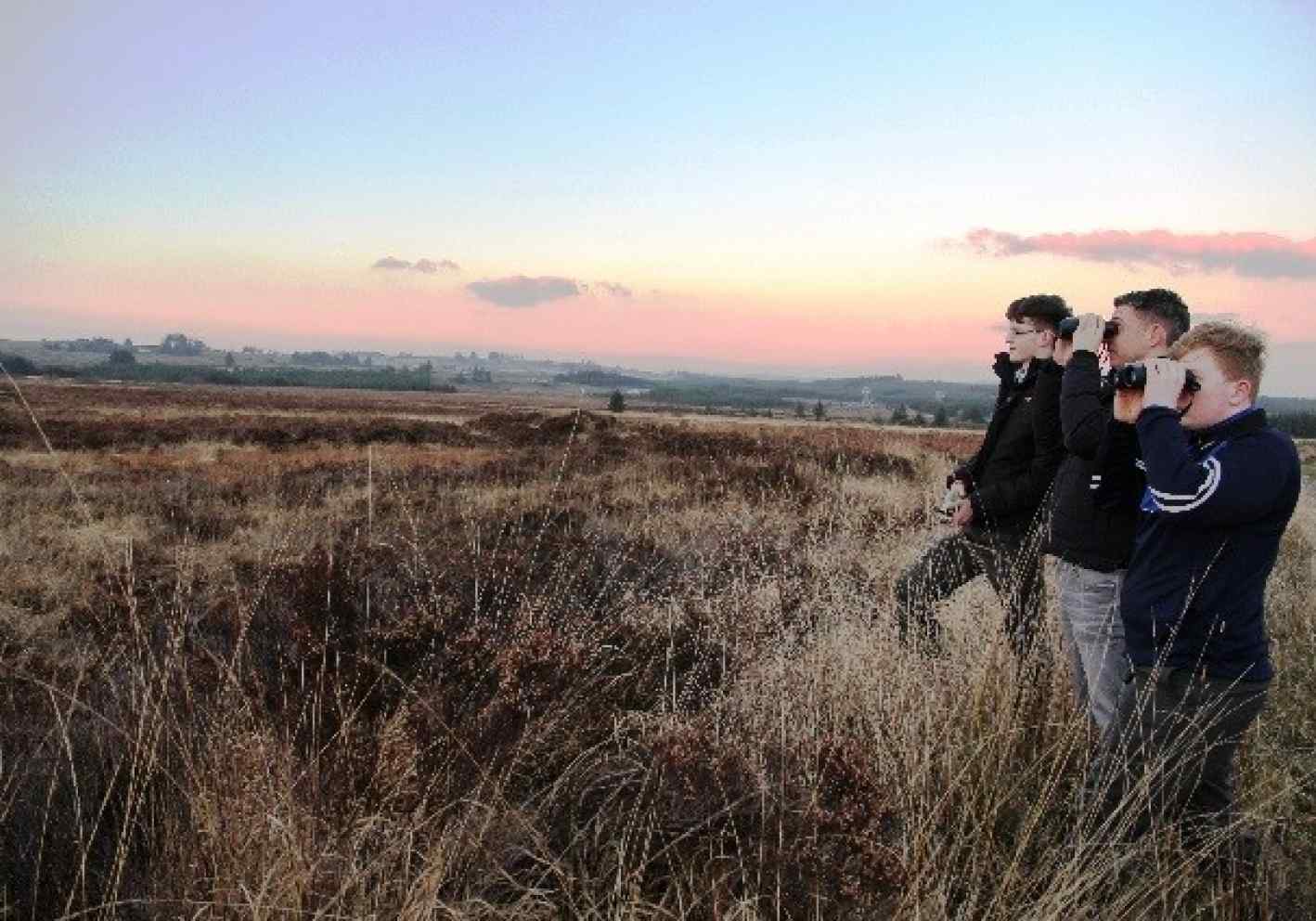 Winter is here, our native deciduous trees have lost their leaves, winter migrating bird species, such as redwings and Brent geese have arrived, and mammals are slowing down their activity. However, there is no rest for the RaptorLIFE team! The following provides a short update on what we have been up to.

Our crews have been working hard fencing the banks of the Araglin and Upper Blackwater rivers. By excluding livestock from the river, it reduces the amount of pollutants such as bacteria, nutrients, and silt entering into the water. We fence back 2 metres with the cattle able to graze under the fence line, but which still leaves enough of a buffer zone to allow vegetation to grow. This vegetation growth helps to protect the banks from erosion, which means less land lost to the river in the long term, and less silt getting into the river. Having a clean riverbed is vital for a number of vulnerable species including Atlantic salmon, trout and freshwater pearl mussels. However, by excluding livestock from the river, we also remove their source of drinking water, and for this reason, we have been installing cattle drinks in the form on nose pumps, solar panels and troughs in the fields that we have fenced. Since June 2016, we have erected 9.2 km of new fencing and 38 cattle drinks, with several more lined up and all at no cost to the landowner! As an added incentive, those landowners currently in the GLAS agri-environmental scheme are also receiving payment for the fencing work we have done for them. If you are a farmer with land adjoining either the Araglin or upper Blackwater rivers, we would love to do some fencing for you!

Winter roost monitoring for hen harrier began in November. At this time of year hen harriers congregate together at communal roosts. Monitoring at this time is vital, because there is little information available on the numbers of hen harrier over the winter period here in Ireland. If you’d like to volunteer for a roost watch, please get in touch!

RaptorLIFE have been planting the river margins of properties we have fenced with native tree species such as Alder, Whitethorn, Blackthorn and several species of Willow. Planting is only occurring on severely eroding sections of the river in order to stabile the bank and prevent bank collapse and excessive soil erosion. Whilst the vegetation that grows on our riverbanks benefits much of our wildlife, we have been careful not to plant too densely, and to only target badly eroding stretches of the river in order to protect against tunnelling. Tunnelling of rivers occurs when the density of trees restricts the amount of light reaching the river, which reduces the abundance of aquatic plants and insects – a valuable food supply for fish.

RaptorLIFE paid a visit to a sister LIFE project in Portugal called the LIFE+ BRIGHT project. LIFE+ BRIGHT focuses on the control of invasive species in the Bussaco forest located in Luso, the central region of Portugal. Both Nuala Riordan and Ilse Corkery presented on the invasive species work that we have been undertaking in Duhallow. It was great to see what other LIFE projects are up to, and to share experiences and swap information on what works and what does not work.

Big congratulations to BT Young Scientists’ Group Winners, Michael Sheehan and Jack Murphy from Colaiste Treasa in Kanturk. The pair worked closely with the RaptorLIFE team to develop and research their project “Prey availability for Hen harriers in managed farmland”. The lads and their inspiring project even featured on RTE’s the Late Late Show and TG4’s An Nuacht.