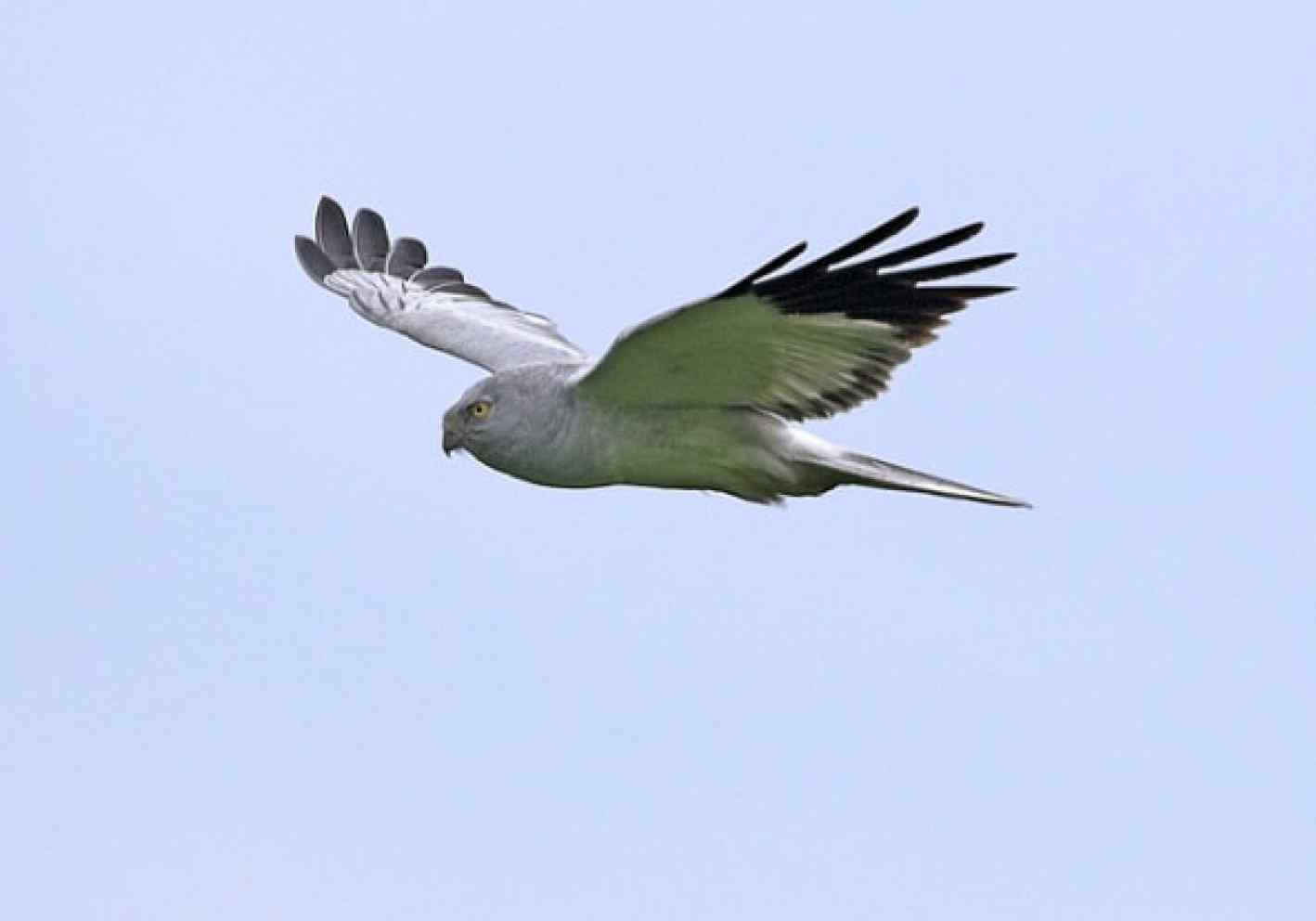 The 2015 National Survey of Hen Harriers (the fourth national survey since 1998-2000) has shown that the Irish population has experienced further declines, including within some former strongholds for the species. The 2015 survey showed there are between 108 and 157 breeding pairs across Ireland, down by 8.7% since the last survey in 2010. However, increased survey effort complicates comparisons, and if only those squares surveyed in all years are taken into account a bleaker picture is painted. These figures indicate declines of 16.4% in the national Hen Harrier population since 2010 (based on assessment of Hen Harrier numbers recorded only within 10km squares surveyed in both 2010 and 2015).

Even within the “Special Protected Areas” (SPAs) set up to protect the Hen Harrier, populations declined with an overall reduction of 26.6% since 2005.  The SPA network (6 sites established in 2007) holds 44% of the known pairs within Ireland so appropriate management of these sites is essential. The Duhallow region is fortunate to encompass one of the six SPA’s designated for Hen Harrier and sadly this SPA has also seen declines in the number of breeding Hen Harriers over the last ten years.

As a top predator, the Hen Harrier is an indicator species for the health of Ireland’s countryside and this fall in numbers should be of concern to us all. The reasons for the declines are complex but can be attributed to a number of factors including land use change, reduction in habitat quality, and reduced food availability. It is likely that land use changes over the past 50 years, which have caused an increasingly fragmented and/or unsuitable landscape for upland breeding birds, may be impacting on the Hen Harrier.  Other upland species such as Curlew, Merlin and Red Grouse are also of conservation concern.

The 2015 National Survey of Hen Harriers was produced by the Golden Eagle Trust, Irish Raptor Study Group and BirdWatch Ireland, on behalf of the National Parks and Wildlife Service. There were 4190 records submitted this year with an increase of 54.5% from the last survey in 2010. Records came from 250 fieldworkers, the majority of which were voluntary surveyors, including ourselves, birdwatchers, farmers, wildlife rangers, foresters and biologists, who collectively dedicated over 7,000 hours to the survey! We at IRD Duhallow applaud you!

The results of this survey will help inform the Hen Harrier Threat Response Plan which is currently being prepared by the National Parks and Wildlife Service with input from a wide range of relevant stakeholders. The goal will be to not only identify the main threats to Hen Harriers, but to also map out sustainable solutions. One of the core aims of RaptorLIFE is to implement appropriate actions to improve habitat quality for Hen Harriers as well as other native species. Ongoing work at IRD Duhallow is supporting farmers and landowners, particularly within SPAs, to manage their lands using traditional and sustainable practices, something we believe is key to Hen Harrier conservation. With much planned for the coming years, we at IRD Duhallow have reason to hope for a more positive outlook for skydancers in the Duhallow region in the near future!