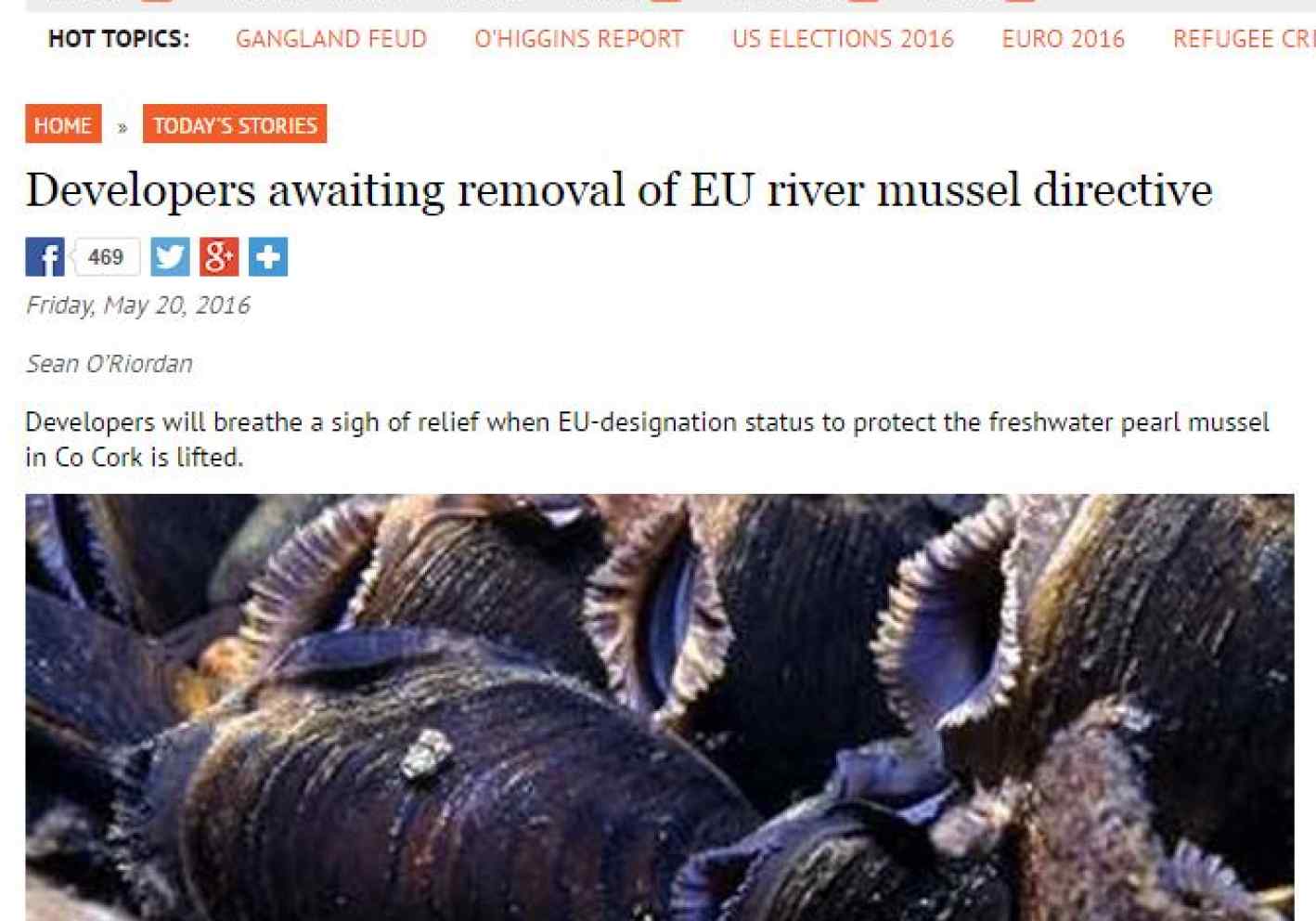 The mussels are an EU protected species and are very sensitive to polluted water. Unfortunately, poor land management has led to excessive levels of erosion and siltation in the River Blackwater, which ends up smothering the mussels. In addition to the silt problem, is the discharge of pollutants into the river from poorly maintained treatment plants and other industrial activities.

It is disappointing to read (http://www.irishexaminer.com/ireland/developers-awaiting-removal-of-eu-river-mussel-directive-400553.html) that the competent authorities would rather remove the EU designation that helps protect the mussels, than implement a strategy to deal with the pollution. Recent media articles on the potential conflicts between conservation and development within the Blackwater Catchment highlight that as a society we need to work harder than ever to find solutions that facilitate sustainable development, whilst maintaining the conservation objectives of the River Blackwater Special Area of Conservation (SAC).

Although the issues are numerous and at times complex, they can be tackled. Through the Duhallow LIFE project we have shown that the community can develop and implement simple solutions to complex problems. On the River Allow we have installed silt traps in farm drains which capture the silt before it can enter the river to kill incubating Salmon eggs and Freshwater Pearl Mussel. Another example is the flood friendly fencing innovation which allows farmers to fence flood prone land which was previously impossible to fence. This allows the vegetation to grow with the roots helping to stabilise the banks. These measures, along with the Integrated Catchment Management Initiative being piloted on the River Allow, provide potential mechanisms to further improve the management of the River Blackwater SAC. We are working closely with the Environmental Protection Agency, landowners, and many other stakeholders to unlock the benefits of this type of collaborative working for everyone’s benefit.