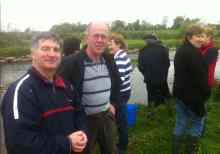 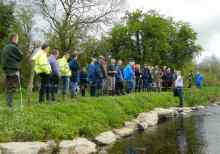 Listen to Dr Fran Igoe talk to Frank Lewis on the Saturday Supplement, with guest speakers, on the wildlife and environmental work in Duhallow (April 26th 2014) 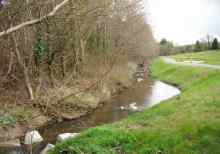 Inspection of Artificial Otter Holts in the Allow Catchment

An EU-funded project to eradicate an invasive plant which is eroding land and putting important fish habitats in a north Cork river at risk was launched today by Minister for the Environment Phil Hogan.

Himalayan Balsam, which was introduced from India as an ornamental plant for its attractive pink flowers, has spread from gardens to roadsides and is now causing serious problems on river banks and habitats throughout Ireland including in north Cork.

A NEW study on the number of otters in north Cork will provide the basis for a series of measures aimed at encouraging an increase in the otter population across a wide area. The study by IRD Duhallow is part of a €1 million EU Life+ funded project aimed at increasing otter numbers on the Allow, Dalua and Brogeen tributaries of the Blackwater. Read Full Article at The Irish Times
« first ‹ previous … 2 3 4 5 6 7 8 9 10 next › last »